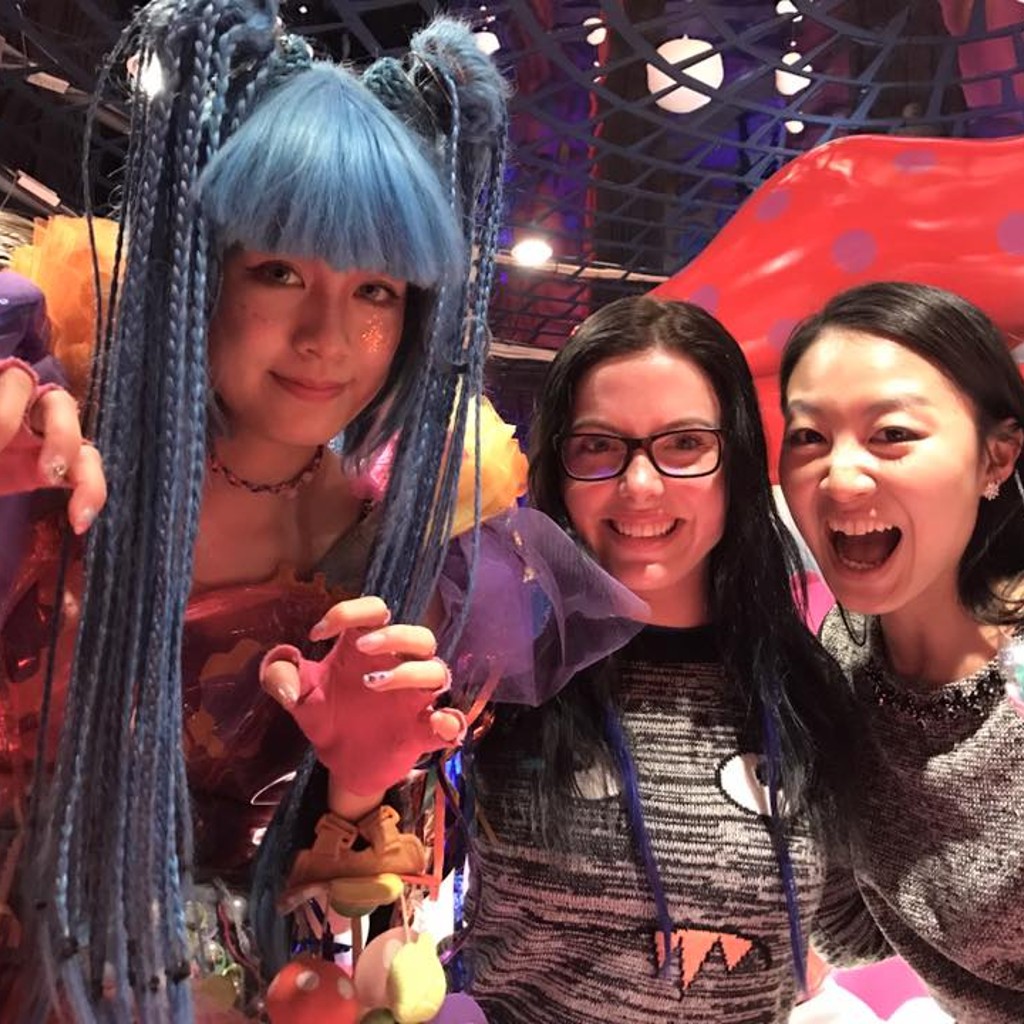 We did Japan alphabetically

An Onsen is a public bath situated near a hot spring. There is a separate section for males and females and you must be naked. I’m the tall one at the back freaking out.

Alcohol
Everywhere you go, you will find alcohol for sale 24/7, hot, cold, on the street, from a vending machine or in the supermarket. The legal drinking age is 20, although this is never enforced.

Beer
Two of the world’s best known brewers are based in Japan, Kirin and Sapporo. in Sapporo we visited the beer museum and sampled a few ales.

Chocolate
The Japanese love chocolate, we were there during Valentine’s Day. In Japan it is the ladies that buy the gifts. In the Isetan department store in Tokyo premium boxes were going for over $100.

Direction
Most signs are only in Japanese, however quite often there is a sign in English that is very confusing.

Enola Gay
Was the name of the aircraft that dropped an atomic bomb on Hiroshima in 1945. This ultimately resulted in over 150,000 deaths. A partially destroyed building known as The Peace Dome remains as a stark reminder that this can never happen again.

Festivals
February is a fantastic time for festivals, in Nagasaki we stumbled across a lantern festival celebrating Chinese New Year.

Himeji Castle
The largest castle in Japan dates back to 1333 and we were allowed to climb all the way to the top, in our socks of course as everywhere in japan it is customary to take off your shoes when entering a house.

Islands
Japan has over 6,000 islands although only 450 are inhabited. One of the lesser known islands is Hashima or Battleship Island which is near Nagasaki. It found fame after featuring in James Bond Skyfall in 2012.

J-Pop
The Japanese love their boy bands. The latest sensation “Kiss My” was soon to be touring Nagasaki and the city was going crazy in anticipation.

Kayaking
On every trip we try to get out on the water. Doing a Facebook live cross whist paddling through the Torii Gate just off Miyajima Island was a highlight of the trip.

Lights
Every Japanese city comes alive once the sun goes down, however none better than Osaka. The street food is incredible, with octopus balls (Takoyaki) being the speciality of the region.

Monkeys
Two hours walk in heavy snow from our Ryokan in Yamanouchi was the amazing Snow Monkey Park. A unique sight that makes the long hike in the cold weather worthwhile.

Nara
Kiss me here deer. Although Nara is famous for many World Heritage listed temples, however it’s the friendly and obliging deers that command your attention.

Onsens
Several of our hotels and Ryokans had Onsen’s attached. An Onsen is a public bath situated near a hot spring. There is a separate section for males and females and you must be naked. I’m the tall one at the back freaking out.

Pop Art
Manga or Anime is everywhere, including street signs and advertising. Don’t ask me the difference though, although I know that one is comic books and one is film or TV.

Queues
The Japanese queue like no others. Waiting in line for a train is almost an art form. However, one place you won’t find queues is at Niseko Ski Resort on Hokkaido Island. Just heaps of powder snow.

Restaurants
The variety of food was amazing from street food to gourmet banquets to freaky sugary concoctions. Although travelling with a Vegan, a Vegetarian and a Coeliac proved to be a massive challenge.

Snow Festival
We built our trip around this festival which attracts up to a million visitors a day. The centre of the city is adorned with hundreds and snow and ice statues. On the second night we were lucky to get caught in a snow storm.

Torii Gates
A torii is a traditional Japanese gate usually found at the entrance of a Shinto shrine. In Kyoto we walked through thousands of gates on our climb to the top of Mt Inari.

You
You weren’t there until you are tagged in social media. Everywhere we went selfie sticks were in abundance. I guess this is the perfect selfie. Local dress – tick, face on – tick, eating maccha ice cream – tick!

Villages
The historic villages of Shirakawa-go and Gokayama are one of the main reasons to visit Japan in the winter. Once you escape the tour bus crowds you enter a fairyland of gingerbread style houses.

Worship
There are temples everywhere throughout Japan. One of the most visited is the Buddhist temple of Senso-ji in the Asakusa suburb of Tokyo.

X Factor
Our friend Rica who was born and bred in Tokyo, travelled with us. It made life so much easier and gave us an insider’s look at Japan. During the trip she officially graduated as a green tea master, which only added to her already long list of qualifications.

Yukata
In Kyoto the thing to do is to hire a yukata and wander the old district of Gion. There were Chinese tourists everywhere, several with their own photographer.

Zzzzzz
There are many ways to get a good night’s sleep in Japan. From traditional Ryokans to capsule hotels to five star establishments in skyscrapers. Our home in Tokyo was The Park Hotel in Shiodome, where every room features a different artist.