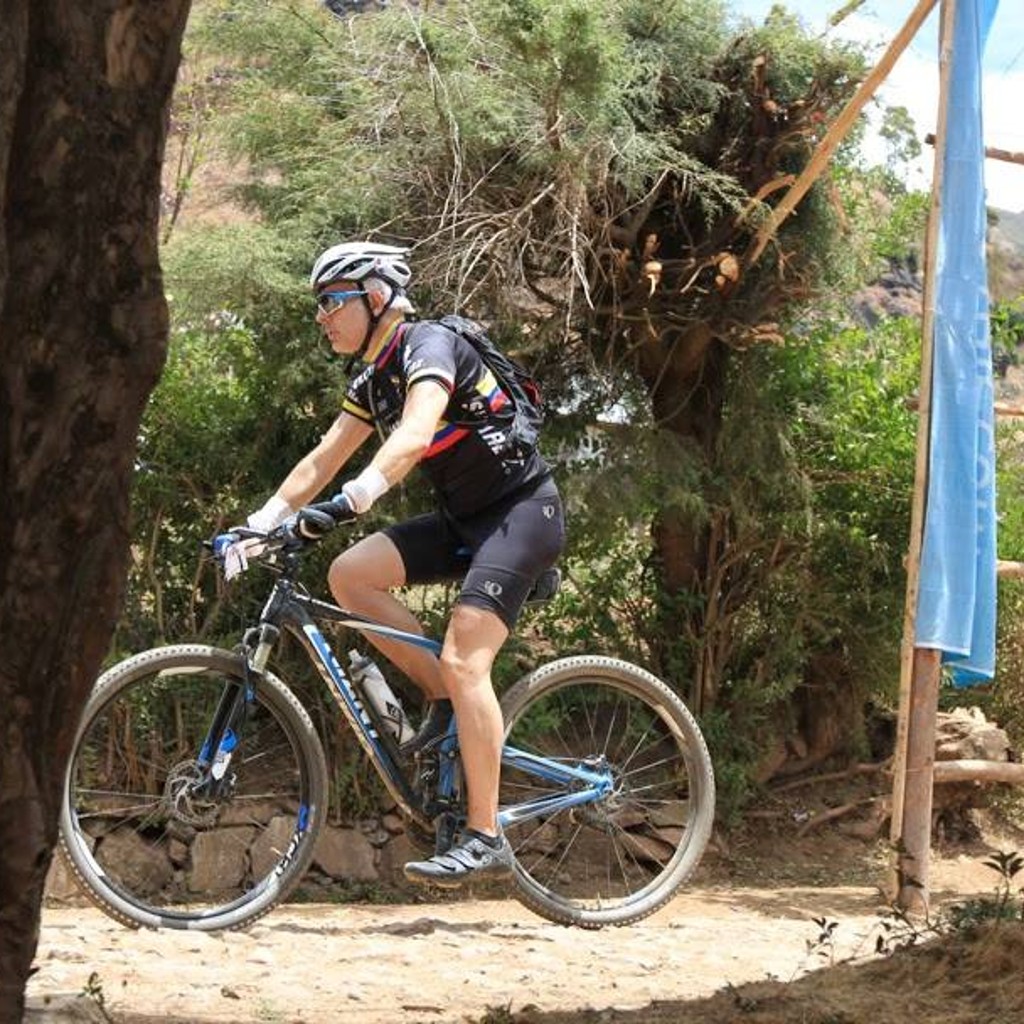 Nobody is famous in Timor

Ahead of me is Rui Maria de Araújo, the current prime minister of Timor Leste. He too is struggling, although he started on the front of the grid.

So I’m kicking back, legs stretched out on the couch, enjoying a huge protein rich breakfast and in walks Jose Ramos Horta. Ok so he’s not Justin Beiber but he does have a Nobel Peace Prize on his mantelpiece and he is the former President. I pretend not to recognise him and avoid the temptation of trying to score a selfie. I do hope that maybe he will recognise me, so I point my two-tone legs in his direction and straighten up my souvenir Tour de Timor T-shirt. To no avail, he goes on sipping his latte and concentrating on some UN stuff, clearly he’s forgotten that the Tour de Timor was his invention and I’m one of his protégés.
The Tour de Timor is a 5-day international mountain bike race that this year covers 395km with total climbing 8272 meters, just a fraction short of Mt Everest. Having competed for the first time in 2013 and finished last, this year I have entered the Tour de Timor, more experienced, much fitter and even have the honour of being a sponsored athlete. Courtesy of Draggin Jeans I’m road testing their new Drayko cycling range. My only concern is that their claim to fame is the Roomoto™ protective lining in major crash points across the shoulder and down the side of the shorts. My goal over the course of the race is not to advance their research, you don’t hear of many famous guinea pigs.
I get off to a slow start, my bike doesn’t feel right and already I’m struggling up the first hill out of Dili. Behind are a handful of riders and ahead of me is Rui Maria de Araújo, the current prime minister of Timor Leste.

He too is struggling, although he started on the front of the grid, it didn’t take long until the top riders left him in their wake. He is supported by an enthusiastic film crew, who are hanging off the back of a ute and a couple of burly body guards who are riding be his side. I slip in amongst his entourage and try to have a conversation. He’s blowing hard and his bodyguards are watching me suspiciously so it didn’t amount to much. Eventually I thank him for allowing us to ride in his country and then take off confidently, aware of the cameras in my face. I glance over my shoulder and for the first time notice the personalized race bibs. There is B1, PM and B2. I lean over to the film crew and yell out, “Hey that’s funny your PM is protected by bananas.” I bet they are still wondering what the hell I was talking about.

The first two days were really tough, the temperature hit 46 degrees on several occasions, my gears were sticky, the food was terrible and the toilet facilities were indescribable. I even scored a seat in the sag wagon and the dreaded DNF on the results table.

Things got better as we entered the mountains, it was cooler, my bike was running well and the 12 months of solid training was starting to pay off, although I was still very slow. Two years ago 40km of uphill nearly killed me, this time it was merely exhausting and painful. I’d forgotten how beautiful it was above 2000m, dramatic peaks, primitive houses and lonely goat herders.

The last night of the race was spent in a rugged village called Hatu-Builico at the foot of Mt Ramelau (2986m), the highest mountain in Timor. We were greeted by hundreds of children who were playing in the cemetery, which provided the best view of the riders as we struggled across the line. Meanwhile the elders of the village danced in their regional costumes made up of bright coloured blankets, their heads adorned with giant feathers. Contrast this with the riders in bright coloured lycra and strange shaped hats and ultimately we weren’t too different.

The 5th stage was clearly the toughest, with a distance of 82km, 1286m of climbing, 3066m of descent and a 7-hour cut off. The day started at altitude, the thin cool air a nice respite from the heat earlier in the week. However soon it got hot, the air got thick and the road surface got nasty. At one stage I started to get delirious so I counted and named every type of road surface to try and retain my composure. Of the fifty I counted, my personal favourites were Sandy Rouge, Chock Mud Brownie, Barney Rubble, Grey Ghost and Bitch-u-men. Finally after a tricky river crossing, several hours of false peaks and almost running out of water, I made it to the top of the last climb.

Way below me was an amazing view, you could see the sweep of Dili harbor, the airport to the left, the statue of Christ to the right and Atauro Island a dark shadow off in the distance. I remember thinking how fresh and green everything looked.

I stole a glance of my Magellan and noted I had 15 minutes left before the 7-hour cut off. I calculated there was 8km to go; I would have to ride fast, very fast. For the last few days, every road was blocked for the event, however clearly today the police had decided to knock off early. The road was steep, only partially paved, and narrow but relatively smooth. Trucks were everywhere, dust bellowed in my face and motorbikes weaved between them seemingly appearing out of nowhere. Despite this I put all my fears behind me, released the brakes, pushed hard on the pedals and joined the chaos. In the last 200m was a busy crossroad, I just shut my eyes and rode through it at 47kph, praying that my Drayko gear would protect me. Just past the finish line I pulled over collapsed on the handlebars and sobbed uncontrollably for a few minutes. Right next to me was a young mother with a small child waiting to cross the road. They waited patiently for a short while, then eventually walked around me and continued on their way.

I guess nobody’s famous in Timor.