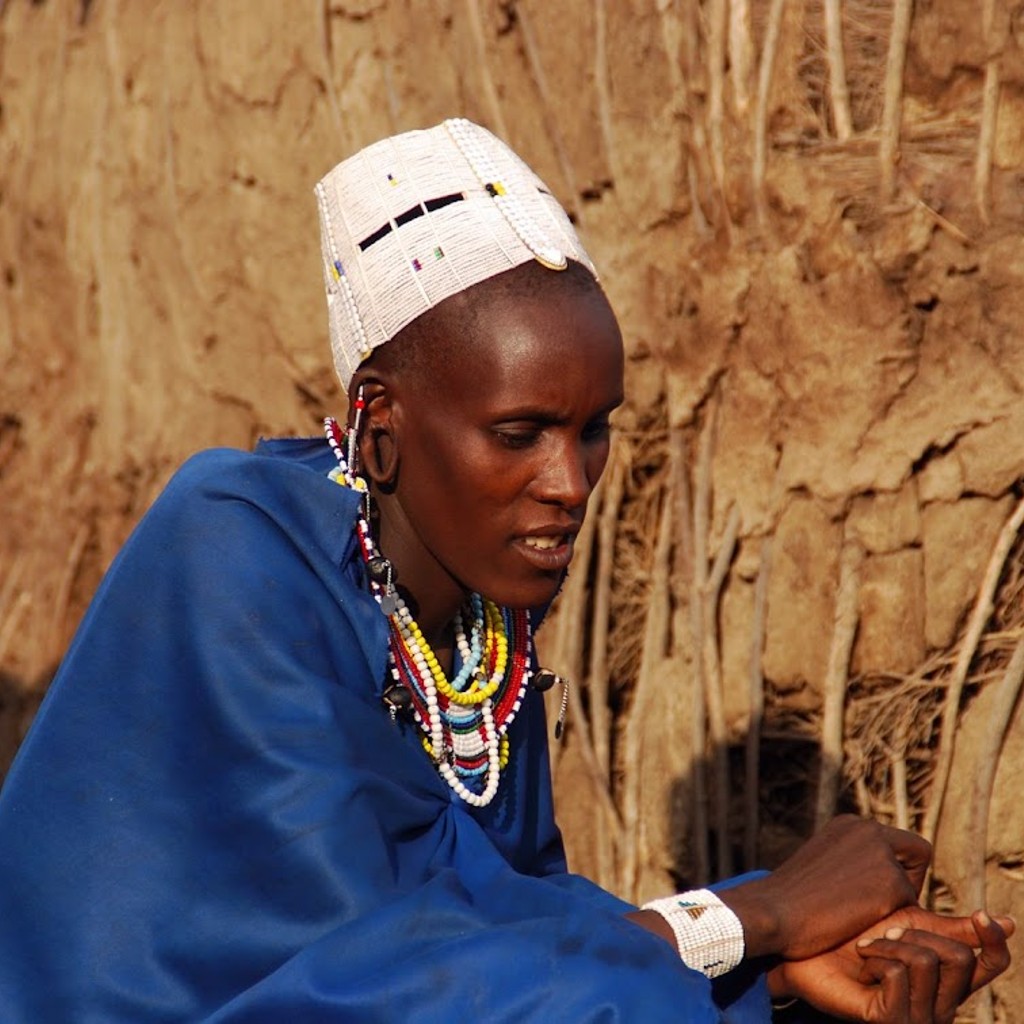 Just another death in Africa

It only took seconds for one of the lions to take down her prey in a single swipe at the neck of the panicked animal. Silence then descended upon the plains – the drama of the kill quickly forgotten.

The lion wearily got to her feet, stretched her powerful limbs, and shook her head lightly to remove the incessant flies that held on grimly to her fur. Beside her lay her sisters who were gently stroking each other’s faces whilst a dozen cubs were rolling around play fighting in the long yellow grass. Way off in the distance, a line of wildebeest was cantering in a straight line to god knows where, each one with their noses up the other ones butts. They were built like rugby players, head down, bum up, – strangely proportioned with the little beards, not unlike Shannon Noll.

The lioness observed them carefully and somewhere in that thundering grey line she spotted a weak link. Instantly she was on her feet gliding silently through the long grass toward her prey. A quick look back was a signal to her sisters to join her in the hunt. Amazingly they left the cubs behind exposed but unconcerned, the three lions spread in a wide arc as close to the wildebeest as they could get without alerting them and waited. Suddenly the wildebeest sensed the danger and the line broke, confused several of the animals ran toward the trap. It only took seconds for one of the lions to take down her prey in a single swipe at the neck of the panicked animal. Silence then descended upon the plains – the drama of the kill quickly forgotten.

The cubs meanwhile had climbed a nearby rocky outcrop to watch the show, probably too young to even realise that this was one of many compulsory classes they had to attend.

In the midst of the show were a couple of Landcruiser full of excited children aware that they had just witnessed a once in a lifetime experience. A keen observer of human nature would have been intrigued that early on the kids were all focused on the cubs, cute kitty, etc.

However the moment they sensed a kill was imminent, their focus shifted and several could be heard chanting kill, kill. Possibly aware that she had a captive audience or maybe aware that the wildebeest were distracted by the humans, she decided to have another crack, within seconds, another wildebeest went down. By now, even the youngest observer was clearly heard to be shouting ‘Double kill, double kill’.

Welcome to the Serengeti – one of the greatest concentrations of wildlife anywhere in the world! Just in the past few days, we had seen lions, cheetahs, jaguars, gazelles, impalas, waterbuck, monkeys, zebras, rhinos, elephant, warthogs and our favourites, the wildebeest – so dumb we christened them the goldfish of the Serengeti!!

Many times they would decide to cross the road in front of the truck, then change their minds mid-stride whilst their mates followed blindly.

In Ngorongoro crater, I came face to face with a baby hippo, a plop in the water two feet from me made me jump out of my skin. We were even chased by an angry elephant when our 4WD was caught between the beast and his favourite berries in a treetop.

When most people think of Africa, it is the animals that first come to mind and fair enough too. The animals are by far the highlight, but we had to keep reminding ourselves that this was not a giant theme park. One night we were brought back to reality when we heard the bellowing of lions throughout the night, nothing but a few millimetres of canvas between us and the king of the beasts. In the morning a pile of dung next to the tent was powerful evidence that a buffalo had wandered through the camp whilst we were asleep.

Sleeping in a tent has not been a problem as travelling in Africa is an exhausting proposition, often waking at 5am and finally having dinner at 11pm before hitting the sack after midnight. The long days are caused by never ending delays, once it was a bus crash that blocked the road causing gridlock for hours, several times the truck broke down, once causing an eight hour delay and a replacement truck, Even a simple punt across the river in Dar Es Salaam took four hours on Christmas Day – We sat trapped in our truck downwind from the fish market, strong diesel fumes, over 30 degrees and out of drinking water. Eventually I found a shop and brought the contents of it’s fridge – fuelling the kids up on pineapple soda which kept them happy whilst they watched a soccer game played by a group of locals, on an adjacent patch of ground that could have been a tip, using a ball made of rags – several wearing a shoe only on their kicking foot.

For many kids in Africa, even having one shoe is a luxury; poverty was in evidence everywhere you looked. Much of the past two weeks has been spent in Tanzania where the majority of the population live in very basic mud brick houses with a patch of corn out the back to support themselves. Just observing African’s in action makes me think that the word ‘Logic’ doesn’t exist in their vocabulary. We had news through this this morning that the Kenyan president has just been returned to power, it was very close and educated Kenyans, like our tour leader Josh, were afraid that he would be ousted. A man who in his first 5 years has created jobs, eliminated national debt and presided over the best African government in many years, winning by merely 100,000 votes against a man with a string of corruption charges against him defies all logic.

Everywhere you looked, you saw Africa at it’s illogical best, whether it was the Masai burning trees to make charcoal to sell to then try and survive in a treeless landscape, to the cars on a four lane highway that use all four lanes in one direction which created miles and miles of gridlock. I overheard someone saying this morning that it takes 4 Africans all day to achieve what it takes a single Westerner 1 hour! Sounds harsh but it is the reality of life here. I’m not sure of the reasons why, but at a guess, I’d blame first the Colonialists, (in this part of Africa the British), followed by the charity organisations. Evidence everywhere suggests that these charities, many with the best intentions have created a generation of people that expect handouts. The focus needs to shift to education and self-sufficiency, what good is a modern water pump that breaks down and parts aren’t available. We should be focusing on working with Africans to educate fellow Africans on how to improve local conditions using traditional methods combined with western experience and knowledge.

It’s very easy to accept how it is in Africa, soon you don’t care about delays, you accept the dust and the dirt even time becomes irrelevant. Today I’m actually aware of what day it is as tonight the sun sets on 2007 and hopefully when the sun rises across the lake in neighbouring Mozambique 2008 will herald a year of prosperity for Africa!

I’m sitting under a mango tree on the shores of Lake Malawi, nearby a few fishermen are returning in their dugouts after an early stint, a few tiny silver fish flip and flop at their feet – not a great reward for their efforts.

This story was supposed to be written last week in Zanzibar. I had a perfect setting; I was in the classroom of the local school in a small village in the Northern tip called Nungwi. As the students, mostly women were learning about ISP and Google, half a dozen old PC’s struggled with the pace and a fan whirled overhead. Then the power stopped (never to come back) – the class continued on the blackboard – I was wordless, brought another Coke and returned to the white sand beach and stared out at the bluest water you have ever seen.

Ah yes, Zanzibar, incredible beaches, its capital Stonetown was a labyrinth of narrow streets and alleys, a strong Muslim influence but very drab and run down. An amazing place unlike anywhere else I have seen but somehow disappointing, blame Billy Joel, blame the movies or even the creators of such an exotic name but it really was run down and lacked colour. Maybe I’m spoilt, I expected another Cartagena, Havana or even Jerusalem. Hey maybe I just love colour- I’m even writing this whilst using a purple pen and listening to an orange iPod.

Time to go; I guess lunch is almost ready. I hear there is a truckload of German backpackers arriving in camp soon and I need to freshen up. As with everything in Africa, the expected won’t be the reality – they will be delayed by several hours and the all female under 21 bikini team will in fact be a group of middle aged white sock wearing housewives!