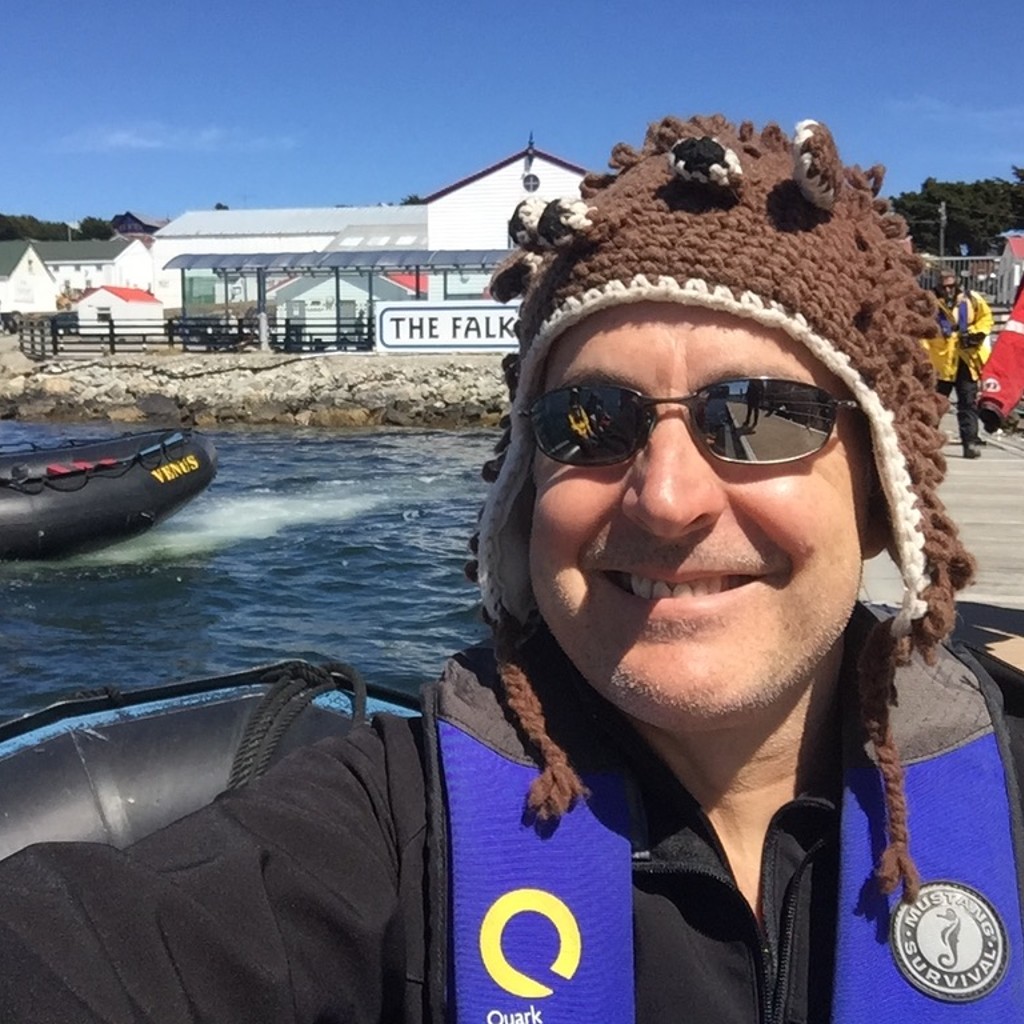 My kayak glides around the thick kelp that slaps against the breakwater which marks the shoreline, a slight swell requires me to keep moving to avoid getting too close to the pier.

I wake up to the tinny sound of a nearby radio, the rumble of buses, the screeching of brakes and honking of horns interspersed by police sirens. Too lazy to actually get up, I bunny hop in my sleeping bag to the window and look out onto my street. When I say my street, it’s best described as a major highway. Avenida Caracas is a wide ugly, dirty boulevard that slices through the heart of Bogota, it has five lanes in each direction and my apartment is on the corner of the point where it merges haphazardly with another busy road. Down below is the usual morning scene, workers gather around the decaying newsstand, a black coffee in one hand and a boiled egg in the other, in the background “Centrefold” by The J Geils Band plays loudly on a cheap radio.

This song has been the soundtrack of my time in Colombia and had sat at number one for months until a couple of weeks ago just prior to my 18th birthday Joan Jett took over with a song I was sure she wrote just for me.

I decided then and there that when I returned to Australia I’d find a poster of Joan Jett for my bedroom wall.

Turning eighteen in a country in the midst of a drug war is not ideal; you do your best to fit in, restrain your curiosity and let your imagination run wild. In my case, I got around in an old leather jacket, wore my shoulder length hair inside a workers cap and tucked a copy of the national daily, El Tiempo under my arm.

Ready to hit the road, I run downstairs, greet Carlos with a buenos as he hands me my usual café y dos huevos but today something caught my eye on the cover of the paper. The entire front page was dominated by a blurry picture of a sinking ship, above it a dramatic one word headline in capitals GUERRA!

Blue skies were rare at this time of the year, so today I was planning to hike up to Monserrate, a mountain that pretty much dominates Bogota and has a historical shrine on the top, however that headline required some immediate investigation.

The British Embassy was just about the only place in town where you could get hold of English language newspapers, it was in the trendy Zona Rosa district and a lovely English lady made you a nice cup of tea whilst you read. Once a week I’d pop in to catch up on international news in The Times and amuse myself with The Sun. The Falklands War had been in the news for a few weeks now and the British tabloids were having a field day. The headline on my birthday was focused on Margaret Thatcher’s posturing “Stick it up your junta” today’s was “GOTCHA – Our lads sink gunboat and hole cruiser” Followed by “The navy had the Argies on their knees last night after a devastating double punch.” Later on in The Times, I read that the Argentine Cruiser Belgrano was hit by two torpedoes resulting in the sinking of the ship and the subsequent loss of 368 lives.

I spend the entire day researching the islands that were caught up in a war that is raging at the other end of the continent. I discover that The Falkland Islands (also known as Islas Malvinas) consist of two main islands with a group of over 700 smaller islands, situated around 300 miles off the coast of Argentina in the South Atlantic Ocean. The population is just under 2000 whilst there are nearly 400,000 sheep. It is cold and windy most of the time, the majority of people live in the capital Stanley and get about in landrovers. There are massive colonies of albatross, penguins and seals, which I guess given their proximity to Antarctica was to be expected. Having lived on several remote islands myself, including Thursday Island in the Torres Strait and Sark in The Channel Islands; I’m fascinated by this remote British outpost. One day in the future, provided the war goes the right way, I’m going to visit these islands.

My kayak glides around the thick kelp that slaps against the breakwater which marks the shoreline, a slight swell requires me to keep moving to avoid getting too close to the pier. The sun is shining and an old seal is making the best of the rare warmth and basking on the greying timber. I look up and there is a large white sign “Welcome to the Falkland Islands”, behind it is a big white timber shed, with blue trim and a shiny red roof, next to it is an equally bright telephone box, standing proudly defying its relevance. For a couple of hours we paddle around Stanley Harbour, past the docks, coming across several rusted shipwrecks, which remind us of how lucky we are to be even out on the water today. We are in the Falklands as part of a Chimu Adventures 23 Day Epic Antarctica cruise and with every stroke we are thankful that we signed up months ago for the kayak option. A seal breaks the water just in front of me and I frantically try to keep up with her when I hear a splash behind me, each time I turn one way, the seal goes the other, her head popping up playfully. I could’ve stayed out on the water all day toying with seals, however I didn’t wait 34 years, not to step onshore.

Ross Road is the main street of Stanley and runs along the foreshore, it is a well laid out promenade with manicured lawns and white picket fences. Most of the houses are constructed of local stone or wood, are immaculately whitewashed and each one has a different coloured roof. The clear parochial preference was for blue or red, with one house going the whole hog and painting the roof with a Union Jack. On my way to the museum I walked passed a couple of pubs where locals were sitting out the front in shorts and thongs enjoying freshly brewed bottles of Falkland Beerworks Rockhopper Gold Ale, after all it was almost 10am. I managed to slip past them unnoticed in my dry suit, rubber boots and bright yellow Quark Polar Expeditions jacket. Housed in the historic dockyard complex, the museum was beautifully presented and had a comprehensive display that chronicled the Falklands War that brought it to life. An audiovisual exhibition titled “1982 – In Our Own Words” told the story of the war from the point of view of young locals who experienced it first-hand. This brought us all to tears, as for the majority of us the war was nothing more than a few headlines in the paper, or for some there was a tenuous connection, like I remember my uncle Peter writing to me about the pride and emotion he felt as he stood on Portsmouth harbour waving farewell to the armada as they sailed south.

However there were people who were my age now that were one day going about their lives, possibly heading off to school or starting their first job, then the next day confined to their houses as tanks rolled down the main street.

Determined to hear some stories I wandered into the nearest gift shop and whilst the shop assistant was busy I pretended to be interested in the knitted penguins, “Beware of the Land Mines” fridge magnets, tea towels and other tacky memorabilia. Eventually I found time to chat to Margaret, I’m not actually sure if that was her name but she looked like a Margaret. Around 60, sort of Scottish looking, big arms, bad teeth a friendly face and all the time in the world on her hands. I introduced myself and diplomatically asked her what it was like being at school during the war. Her face lit up with a big smile as she revealed in 1982 she was actually at home with three young children. Her accent immediately struck me as unusual, she sounded almost Australian, a bit like an older Kylie Minogue. She revealed that although the majority of islanders originated from Scotland for some reason their accents sounded more Australian than British.

Margaret, a fifth generation islander said they were all traumatised by memories of the war. For a full blown war to erupt on their doorstep was a surprise to everyone as around that time The Falklands were an expensive unwanted remote colony that Britain was negotiating to hand over to the Argentineans. She still fondly remembers the tanned, good looking Argentinean soldiers running around looking a bit bewildered and really suffering in the bleak and freezing conditions. Although she lived on a farm out of town, most women and children were moved to Stanley and bunkered down in the school hall for a long period of time.

After the war the British invested a lot of money into the Falklands, the infrastructure has improved, the population of both humans and sheep has almost doubled, tourists come on ships and a weekly LAN flight connects Stanley with the outside world.

“Have you ever left the islands?” I ask. She smiles and then recalls the one time she went to London to visit her daughter. “Scared out of my wits I was, what with those bloody cars everywhere and traffic lights, seriously why would you live there?” She went on, “You know the worst thing, I went into the local and didn’t know everyone”

In the distance I hear the horn of our ship, it’s time to get back in the zodiac. Not long now and the tourists will be off the island and Margaret together with her fellow Falkland Islanders will be enveloped in the isolation they crave.

The only headline worth reading will be in the local paper, The Penguin News, when they report on the Stanley Christmas pantomime. “Jesus is born in the back of a Land Rover”.