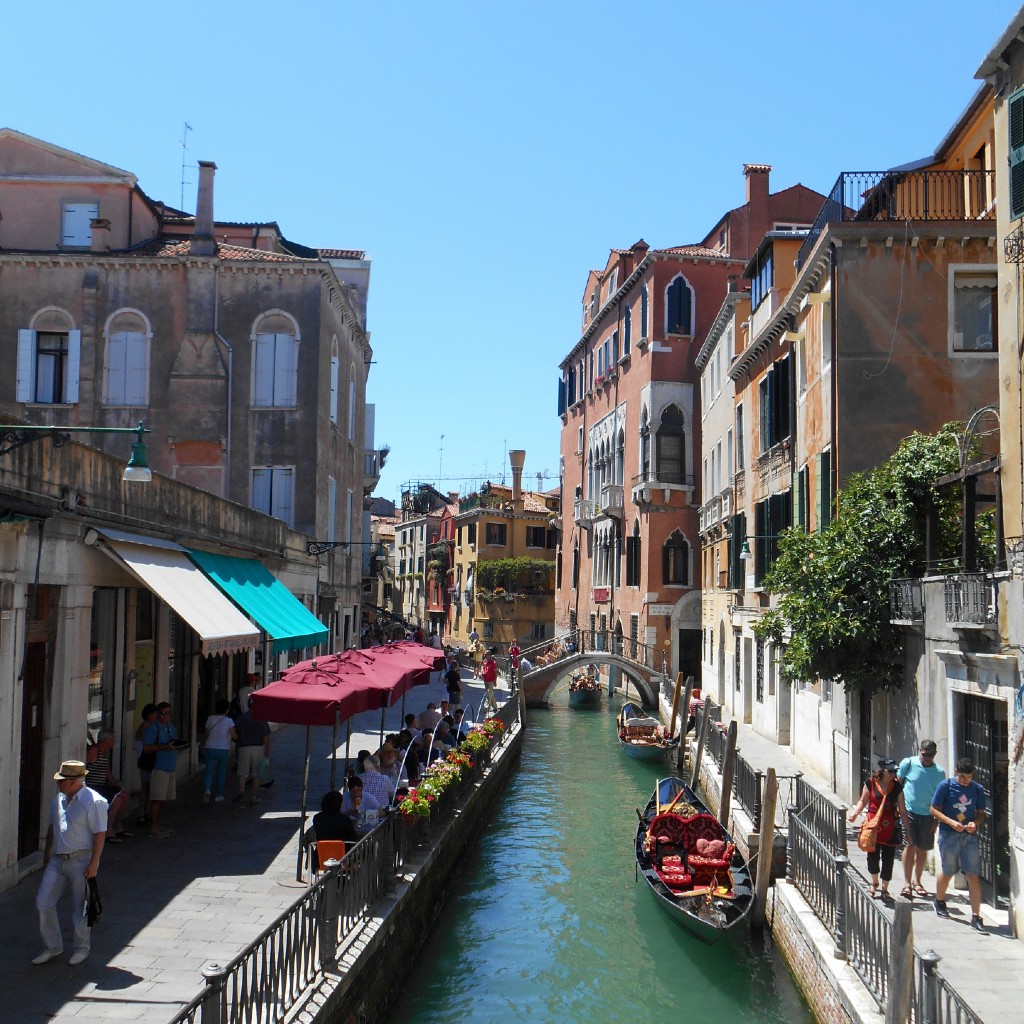 One of the most beautiful and tranquil places in Florence was the Boboli Gardens. Known as the cities greatest open-air museums, this 16th century garden was created by the power families of Florence.

Four weeks, five cities, plenty of wine, cheese and pasta and best of all, one European summer in the middle of a miserable Melbourne winter
I was off to Europe! I had never been before, so needless to say I was insanely excited!
We started our adventure on the wings of Malaysia Airlines, flying into Paris and then the Eurostar to London; it was definitely the long way around, but an adventure all the same. Malaysia Airlines were absolutely fantastic, with great service, nice food and tasty wine, loads of movies and plenty of leg room… well….
In London we stayed at the Kings Hotel in Kings Cross- I’m going to start with the positives; the location was amazing, right in the middle of everything, you couldn’t ask for better! And that’s the end of the positives. We had chosen to stay in budget accommodation so understandably we were not expecting luxury; however we were also not expecting a claustrophobic room that could barely fit the double bed and a drainage system that overflowed whenever the neighbours had a shower. If you travel to London, I would suggest that you pick a different hotel.
Anyway onto happier times – London was in the middle of a heatwave or as I like to call it, a week of gloriously sunny days- it was time to get our tourist on!!!
The first stop of the day was a visit to one of the most iconic attractions in London, more iconic than even Big Ben or the London Eye – the traditional English Pub. The Champion in Notting Hill oozed charm and character and with its worn leather armchairs and delicious cider, we quickly realised that this was going to be not just our first stop, but also our last.

Day two was a much more successful day on the sightseeing front- I feel like we pretty much covered the entire London network. So. Much. Sightseeing! We admired the glorious St Paul’s Cathedral, saw Big Ben and strolled across the Mall – a tree lined boulevard which takes you through St James Park, at the end of which sits the one and only Buckingham Palace, here we admired the guards who stood unfaltering for hundreds of photos. Then there was Westminster Abbey, Trafalgar Square, Tower of London, Tower Bridge, a stroll along the Thames and a tour of Shakespeare’s Globe Theatre. Time for another stop at that English Pub I think!

A hop, skip and vaporetti (water bus) ride later, we were in Venice! Oh how do I describe Venice? It’s a magical city that has remained virtually unchanged for the last 600 years. It’s a maze of ancient waterways lined with enchanting Renaissance buildings, it’s the romantic Italian melodies sung by the gondoliers, and it’s a labyrinth of cobblestone laneways and its bustling piazzas, the most beautiful of which is Piazza San Marco.

Piazza San Marco is the symbolic heart of Venice; it is home to the Basilica of San Marco, Doge’s Palace, the Campanile Bell Tower and an abundance of elegant cafes. It a wonderful place to sit and be serenaded while you enjoy a refreshing spritz (Prosecco based drink) and take in the centuries of history that surround you. A highlight for me was the climb to the top of the Campanile Bell Tower, originally built in the 7th century; this 99 meter high building offers spectacular views of the entire city.

Florence, one of the most beautiful cities in Italy, centre of Italian Renaissance and home to the infamous statue of David. We stayed at the Hotel San Giovanni and the rooms here are MASSIVE, almost bigger than the average Melbourne apartment! The most amazing thing about this hotel though was the fantastic view- the Duomo, a majestic cathedral with a beautiful Gothic façade of red, green and white marble, elaborate interior of stained-glass windows, mosaics, frescoes and bronze statues, was right outside our window!

Fun fact of the day- the construction of the Duomo started in 1296 and was meant to showcase the status of Florence as one of Europe’s economic and cultural capitals. However no amount of wealth or culture could find someone who actually knew how to build a dome 150 feet wide and 180 feet above the ground, so the cathedral stood unfinished for over 12 decades, turning it into more of an embarrassment than a showcase.

One of the most beautiful and tranquil places in Florence was the Boboli Gardens. Known as the cities greatest open-air museums, this 16th century garden was created by the power families of Florence. It is filled with statues, fountains and secrets beyond your imagination- if you have read Dante’s Inferno by Dan Brown, then you will understand what I mean! So do yourself a favour and grab a fresh tomato and mozzarella baguette and a take-away coffee and take some time to explore these stunning gardens.

Onto a city that is jam packed with history, legends and beauty- just take a short walk around the city of Rome and even without trying you’ll come across masterpieces by the greats; sculptures by Michelangelo, paintings by Caravaggio, frescoes by Raphael and fountains by Bernini. What more could you ask for?

There is so much to see in Rome and what better place to start than most thrilling of the city’s ancient sights, the great arena that is the Colosseum? I would highly recommend taking a guided tour of the Colosseum, there is so much history and so many legends here, that without a guide I just don’t feel like you would appreciate the true of the glory of this arena that used to stage spectacular gladiatorial games in front of baying, bloodthirsty crowds.

If you are dreaming of the best hostel to stay at in Rome, then make your way to the Dreaming Rome Hostel. I cannot recommend this place highly enough! It is an eclectic hostel, in the center of the city and comes complete with bright pink walls and every strange kind of knick-knacks that you could possibly imagine. However it was the owner, Fabio, with his warm and generous nature (and very well stocked wine fridge) who made our hostel experience in Rome an unforgettable one.

It was time to tantalise the taste buds and soak up some sun in vibrant Barcelona!

There is so much to explore in this city- The Sagrada Familia, the Magic Fountain of Montjuic, the Picasso Museum, Santa Maria del Mar, the list is endless! And what did we do? Absolutely none of it! Yes we were very bad tourists in Barcelona! What we did do, was don a bathing suit, slather on the sunscreen and spend some quality time getting to know the sapphire blue waters of the Mediterranean Ocean.

Once we were sufficiently sun drenched- we ate… A lot! Swim, sunbake, eat and repeat! A visit to the La Boqueria Market is a must, this produce market would have to be one of the greatest sound, smell and color sensations in Europe. The stalls are filled with piles of fresh fruits and vegetables, pails of glistening olives, huge slabs of cheese, an endless array of sea critters, varying cuts of meat and an abundance of eateries. It was food heaven! My suggestion is to stock up on picnic goods, get a bottle of wine and have a feast in a nearby park while watching the sun go down – sounds so romantically cliché, but the parks are so full of atmosphere and the food is so delicious, you can’t not do it!

And then that devastating day came… The merry-go-round of grand buildings, beautiful cathedrals, awe inspiring art work, stunning wine, gorgeous food and of course sunshine came to a halting stop. It was time to return to Melbourne! But wouldn’t you know it, as we descended from the clouds just about to hit the tarmac, the sun came out!