A hero on the ice

We came over the ridge and from the top through the fog I could just make out the rusted buildings and machinery that stood like ghosts.

The ship was creaking heavily; I could feel the constant pressure of the ice against her hull, there were howling winds outside and I knew that today I would need to make the call to abandon ship. As Captain Frank Worsley it was my call but first I needed to consult with “The boss” Ernest Shackleton.
As I’m contemplating a decision that will affect the lives of the entire team I’m woken by the crackle of the intercom.
It is Shane our expedition leader, there is no mistaking his lilting tones “Good morning folks, so the time is 06.30, we are here at Elephant Island a location of 61° 13 minutes South by 55° 12 minutes West. Outside temperature is 2 degrees Celsius with 20-knot winds. Breakfast will be served at 07.00. Zodiacs will be launched commencing at 08.00 have a good day and we will see you ‘aboot’ the ship”
I sit up hurriedly and smack my head on the ceiling, which I guess is part of the morning ritual by now, struck by reality I look around. I’m in the narrow top bunk of an otherwise comfortable triple cabin below me my wife and daughter are still asleep, I peep out of the porthole and the sun streams in as an iceberg floats past, just another day in paradise I guess. Now the tough part, getting down, I’ve perfected it by now. I reach with my toes for the ladder, feel the cold metal, arch my back and slide slowly downwards. I’m almost there, my butt inches from the TV on the wall when the ship suddenly lurches and the DVD player imprints itself on my thigh.

Unperturbed I do the final twist and spin clockwise to avoid the pile of blue life preservers and bright yellow jackets on the floor, however I don’t see the three pairs of gumboots and end up face planting a wet kayak skirt that should have been hanging up. On a positive note I find a mint chocolate under the bed that I had been accused of stealing off my wife’s pillow. Welcome to a typical morning on Sea Adventurer’s 23-Day Epic Antarctica voyage.

Our cabin was not far from the dining room, so even half asleep, doped out on Phenergan which was the anti sea sickness drug of choice, you could wander up the passageway, nod to the chef and your personalised omelet would appear within minutes at your regular seat on your regular table. For the guests very little thinking was required on the ship as the expedition team was incredibly well organized, qualified and perky, yes perky, irresistibly perky!

When you are not eating on one of these expeditions, you are whizzing around in zodiacs on your way to a shore excursion, or just whizzing around in zodiacs. Either way what you are seeing just keeps blowing your mind and playing with your imagination. Dramatic mountains puncture the sky, icebergs taller than buildings float by majestically, hundreds of thousands of penguins dominate the shoreline and there are whales, seals, birds and a great deal of history to discover.

Every day, to help put it all in to perspective for us there were lectures presented by our incredibly qualified expedition team. At school I attended a couple of Earth Science classes so when the resident geologist, Will, talked about the extensional forces acting on the leading edge of the overriding plate I nodded just to let him know that we were brothers in arms. Curiously one of the team, Nikita was one of the world’s leading experts on polar bears. This augured well for those who hadn’t read the trip notes and therefore his lectures were extremely popular.

However nobody could touch Hadleigh, he was the rock star of the team. He sat somewhere between Tony Hadley, Robbie Williams and William Shakespeare, smooth confident, debonair the women loved him whilst the men wanted to be him. He recited lengthy Robert Browning poetry off the cuff and had the facial hair of the early explorers. He also had a great sense of theatre and timing. I was prodded awake during one of his sessions just as he was quoting Shackleton word for word.

“Thus, after a year’s incessant battle with the ice, we had returned… to almost the same latitude we had left with such high hopes and aspirations twelve months previously; but under what different conditions now! Our ship crushed and lost and we ourselves drifting on a piece of ice at the mercy of the winds”

Impressive timing, 100 years ago to the day. What was even more impressive was the pullover he was wearing. It was something straight out of a Norwegian early explorer’s catalogue, thick creamy wool, polar neck and a heavy cable stitch. Brave man! Late in the trip the woman of the ship bought Hadleigh in an auction for US$410. He was last seen telling stories of wonderment to a group of middle-aged ladies whilst their husbands looked on in despair.

One day on South Georgia several of us recreated the walk that Shackleton, Worsley and Crean did from Fortuna Bay to Stromness. It was a dramatic 5.5km hike up over a ridge and across a glacier and we even slid down the same icy slopes, as it was a lot more fun than walking. Hadleigh was the trek leader and stopped at several points in the journey to read from his kindle in the swirling winds. At the top of the slope; “Well, so much for cutting steps. Maybe we could get further on our arses!” At the waterfall Hadleigh’s sense of theatre had most of us in tears, as we were on our knees drinking glacial water that was millions of years old he read; “We had pierced the veneer of outside things. We had suffered, starved and triumphed, groveled down yet grasped at glory, grown bigger in the bigness of the whole. We had seen God in his splendours, heard the text that nature renders. We had reached the naked soul of man.”

For the last kilometre I indulged myself for a while, stepped back into my dream and imagined that he was Shackleton and I was Worsley. I walked at the front of the group just to feel what it was like to be the first to come across the whaling station after 21 months and 12 days since leaving England. We came over the ridge and from the top through the fog I could just make out the rusted buildings and machinery that stood like ghosts. Each of us found a spot on the ridge and just sat, not a word was uttered as we contemplated our newfound connection to what was undoubtedly one of the most incredible adventure stories of all time.

Several days later, way further south than most humans have ventured it was time to put our own mark on history and join the Antarctic Polar Plunge Club, which meant entering the cold, dark waters of the Southern Ocean at 64° 49’ South where the temperature of the water registered 0°.

Each guest stripped off and slowly made their way to the port side of the ship where one by one they were read the safety briefing, climbed down the icy metal stairs, a rope was strapped around their waists; they counted to three, jumped, their hearts stopped for a second before they recovered and were hauled back on board.

The queue moved slowly, every few minutes somebody came up the ladder wrapped in a towel, they would run past me mumbling, red faced and shivering. I’m not a good swimmer, I was trembling uncontrollably and really wasn’t sure if I could do it but ahead of me Sheridan was looking terrified and I had to demonstrate some level of leadership. So I thought about Shackleton and his crew and went into a dream state imagining that I was jumping ashore at Point Wild after five harrowing days at sea. I looked down at my top that closely resembled the union jack, grabbed it reassuringly and when a voice yelled out “Number 10 – Karsten” I leaped into the dark abyss.

I hit the water and immediately I’m jolted back to the present and reality. I climb the steps, invigorated, my Guernsey dripping wet with the effort of the last two hours, my teammates are looking down at me screaming with adoration. I am Easton Wood, Western Bulldogs premiership hero.

“I hold…that a man should strive to the uttermost for his life’s set prize”.

Note: This article was written several months prior to Easton Wood becoming captain of the Western Bulldogs and the team going on to win the 2016 AFL Premiership.

London – I was made for loving you 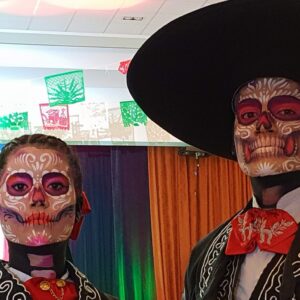 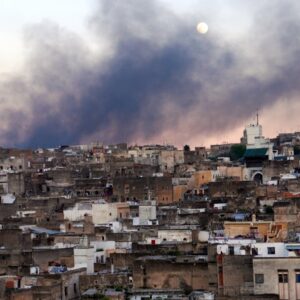 No Huggies in the Medina